Wiring to the Power Main

I finally got around to put in the current transformers  (CTs) in the panel last weekend. I had an electrician come and pull the meter out so I could install them. If you are wondering, I got permission from the utility company to do so. In hind-sight, I should have purchased split core transformers and just clip them on.

I can’t say much more about this, as it was quite a no brainer to do. This was the first time I tested  my Arduino with more than 13 amps and my only concern was if I was off in my scaling. Using commercial grade CT provide linear operation in the range I’m interested. 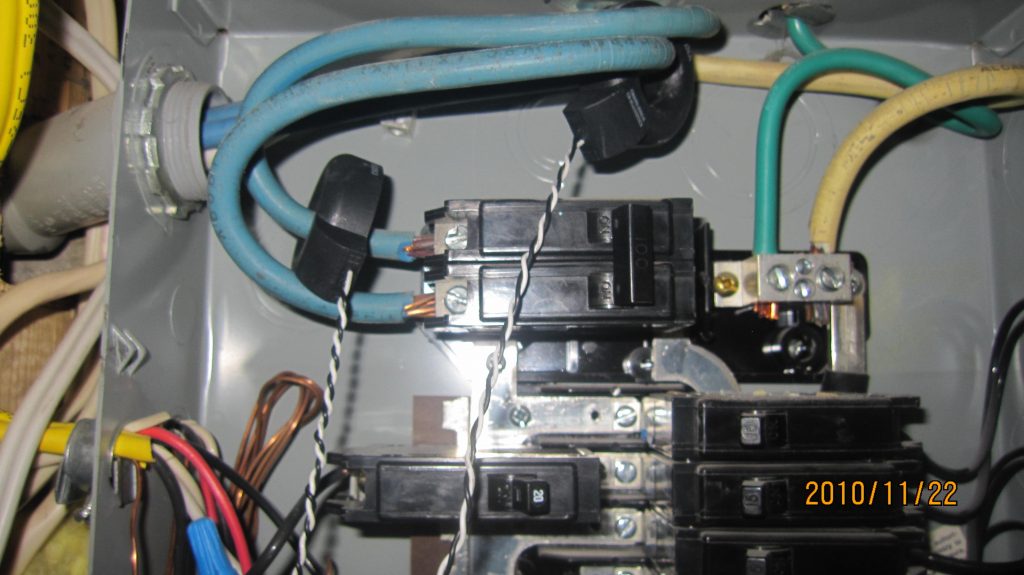 I took a utilitarian view in packaging the Ardiuno and circuitry and ended up using a dead router enclosure to host the solution. With limited tools, I cut out a place for the LCD and xbee radio.  It works and is out of the way so it met my simple requirements. 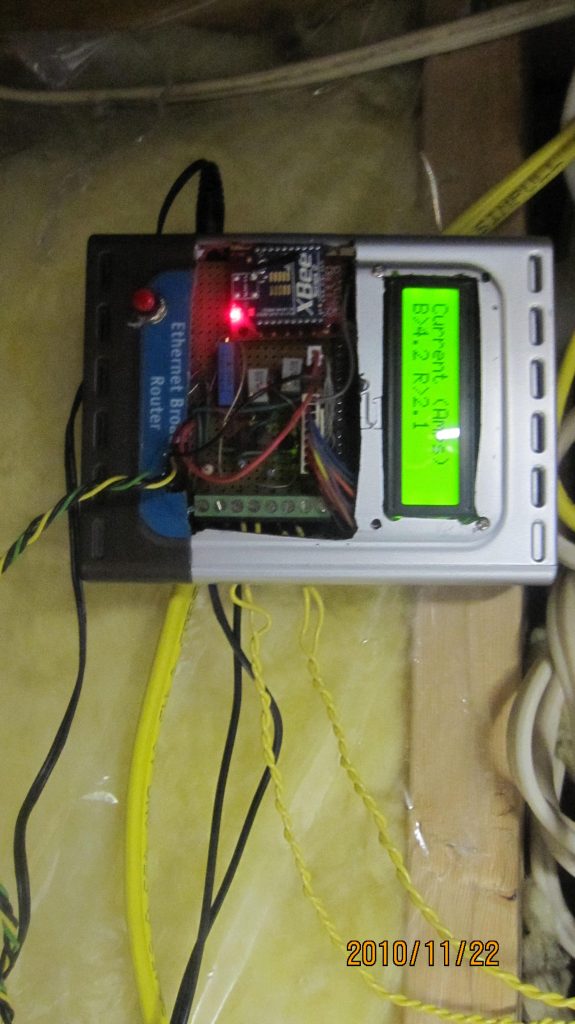 I can collect power related information as shown below and log it over time for trending purposes. I can also collect reactive and apparent power but for power factor tells me the story at a glance. As stated in an earlier post, I used Mango to do all that.  I was posting stuff on Pachube and exceeded the posts allowed for free so I disabled it. I will revisit this later as this is not a high priority.

Also trended it the cumulative lbs of CO2 that is spewed out based on my consumption.  I reset the counter at midnight every night. I do the same with costs and kWatt-hr consumption.

If I had to Start Over

I would have wired and programmed the solution to handle updates over the xbee.  I settled for plugging the laptop in the device and load changes that way.

The next project is to measure the temperature in different rooms and just use the XBee and a temperature transmitter. I also want to sense the on/off of key appliances as well over XBee. Alas, I don’t have the cycles to work on this as this is a part-time hobby.

So far I slapped together an Arduiono with XBee and transmit the temperature over modbus as illustrated in the diagram below. 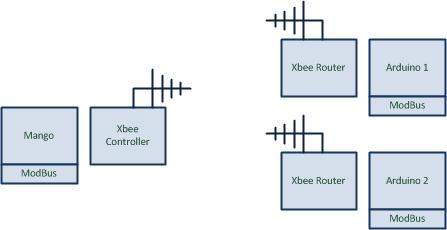 The power monitoring Arduino has a slave ID of 2 and the temperature Arduino of 3. Using an Arduino to collect a temperature is overkill and is why I want to change it to be low power over a mesh network around the house. I may have a data concentrator over modbus to bridge the mesh with the host and something like the diagram below. Who knows. 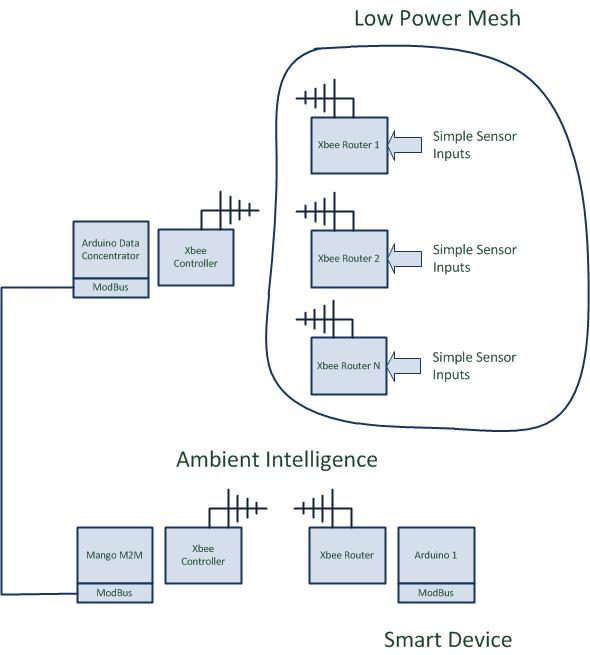